What help is there for couples where there is a significant mental health diagnosis? 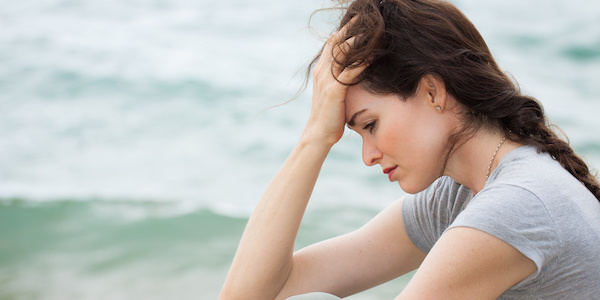 Some of you may remember a blog that Alex Ryder wrote back in May about the impact of mental health of a relationship – you can read his blog here.

In couple and family counselling I frequently talk to people who are struggling with mental health in their relationship.  Everyone involved struggles in different ways. The person with the mental health diagnosis is typically struggling on an everyday basis – and might need hospital admissions and very specific support to keep them functioning as well as possible. But the partner and/or family of the unwell person can suffer too. Often these people have to assume the role of carer – when their loved one is changing medications, experiencing a setback, or not doing so well. (And when I say “not doing so well” – I mean they could be suicidal, self-harming, or attempting suicide.)

Family members can easily feel alone, isolated and frightened about where things are going.  They often tell me they feel resentful too. Resentful of the system and how there is no easy solution or quick fix for mental health illnesses. Sadly there are not enough resources for people with poor mental health in our country, and not enough resources for the loved ones who support an unwell person.

I want to give you some insight into what it is like to live on both sides of the relationship when there is a significant mental health illness.  This is a couple I have worked with for many years.  I have witnessed several nightmarish situations they’ve found themselves in.  I have seen tears, fear, anger and courage.  I have worked with them in different ways both separately and together.  And of course I have worried.  There have been times when I have wondered whether *Harper would live.  And whether *Alex would be able to survive being under constant threat of the illness.

Today they are doing well and are steady. But we all know that could change in an instant – they require a range of professionals to keep them going – I am just one of them.

I am so glad they have agreed to write their story to share.  And I hope it will encourage anybody out there who is in this situation to seek support – in particular the carer who is often forgotten by the professionals involved.

Thank you Harper and Alex for your courage and enthusiasm for sharing your stories.  You both know I think you are amazing.

Here are their stories:

*Harper – has been diagnosed with P.T.S.D. and Schizoaffective Disorder

I’m in my forties and have experienced mental health problems for as long as I can remember. I self-harmed from age 9 and got into an abusive relationship at 17 which culminated in rape followed by 11 years of stalking. I thought I suffered from PTSD and depression which could also be attributed to abuse as a child.

I had the opportunity to move to Sydney which looked like a fresh start. When I arrived, my second long term relationship broke down after 8 years largely due to poor management and a lack of understanding about my mental health. Thankfully I started seeing my therapist Jacqueline who proved to be an anchor in absolute chaos.

The change in my life was also massively helped by meeting a new partner at a social group. I’d made some great friends there and she really caught my eye. My track record in relationships wasn’t great but I felt different around her. I feared sharing all that I was to start with. I was scared she would run a mile. I didn’t know how to be in a healthy relationship. I was used to hiding how I felt and now there was someone who wanted to know, asked questions, challenged old coping mechanisms and made me responsible for my actions rather than enabling me to continue how I always had done. It was scary but I could slowly start to see that I was more than my past and my mental health. I had a lot to offer too. I was loving and compassionate. I could listen and support her through her difficult times as well. We had fun together and brought out the best in each other.

My partner and I have been together for 6 years now and got married last year. During our time together I’ve had 5 admissions to psychiatric hospital for 1-9 weeks due to psychosis. This has been a challenge each time. We’ve felt isolated individually and as a couple. We haven’t always known how to reach out. I lack awareness when I’m unwell but my wife notices all the warning signs immediately. I’m paranoid, secretive and cut off. It’s exhausting for her and she knows it’s likely to be months before I’m well again to share in our relationship. This is a significant fear for me in our future. That I’ll become too unwell for too long and she will need to walk away for her own sanity.

If we’re struggling with something, we see Jacqueline together for couples counselling which provides a safe space to vent how we feel. Friends support us as best they can but psychosis is difficult to understand and manage.

I also had a serious motorbike accident that eventually lead to a below-knee amputation so we’ve had physical changes to handle too. Couple this with the sometimes poor coping strategies I can still have, it can be hard work. For example, I sometimes decide in my wisdom that I’m well so don’t need medication. This usually signifies an impending relapse. I go from huge gratitude to my wife for helping me use healthy coping mechanisms to sheer frustration and resentment that I can’t just do what I want when I want. She’s made it clear that it’s unacceptable from her standpoint to mess with medication but it’s a default position of mine at times. When I’ve been in the depths of despair and suicidal I’ve felt the most distant from her which is agony for both of us. Hearing from your wife that she wants to jump in front of a train is so scary. Being the person experiencing that is terrifying.

When the life threatening period passes, it’s really hard to build that connection and trust again. But you have to find a way and we’re getting there. We know how important communication is. I have to remember to volunteer how I’m feeling so that she doesn’t get exhausted asking and I don’t get frustrated with being asked. We’re getting better at handling it but still have to live with the ‘if’, or ‘when’, the next episode will occur. Accepting the ‘when’ has been crucial and a positive milestone in managing my condition.

*Alex – her partner for the last six years.

When I met my now wife six years ago, I had limited understanding of mental health. I had heard of people suffering from anxiety and depression but had never experienced it first-hand.

She told me he had schizoaffective disorder (psychosis with depression) and PTSD. As a friend then, I felt quite helpless and didn’t know what to say. I asked questions and gave her the chance to explain things to me.

I often thought of what it’d be like to be in a relationship with her. Knowing she suffered with mental health was a concern for me. What if we got together and it didn’t work, would she cope? If she got unwell, would I cope? Would we be able to leave if we wanted to? All valid questions when contemplating a relationship but her mental health added complexity. It took many months before I said yes. I needed time to know that I could commit to what was needed. When I look back now I guess I didn’t quite know a lot back then.

What helped us initially was ensuring we kept the lines of communication open. We were clear upfront that if we wanted a chance at things working then we’d have to lay it all on the table. The good, the bad and the often quite ugly. Being open and completely honest with each other was the only way we’d work through this.

Two months into our relationship, she had a serious motor bike accident. Our lives changed in a few seconds. Since then she’s had numerous surgeries, physical rehab and ongoing treatment which culminated in a below knee amputation. Understandably this took a toll on her pre-existing mental health.

Living with someone with a severe mental health diagnosis can be extremely challenging. It’s complex and you go through a range of mixed emotions. Over the years I’ve felt extremely scared, helpless, sad, angry, guilty and at times very alone. But with that also comes deep empathy and immense love, care and concern for my wife.

Our couples therapy sessions with Jacqueline have massively helped. We’ve had individual as well as relationship counselling. Initially I thought therapy was just her thing, not something I needed. Over the years though, I’ve realised how important it is for me to be heard, to share my feelings and get the support I need. Self-care is crucial and I’m still learning how to get better at this.

At times I feel a sense of resentment, but then I want to help my wife. I want to find ways to make things better, but so much around mental health is still unknown, which makes it scary and extremely frustrating. It’s been interesting to see people’s varied reactions to her physical health in comparison to mental health. For example, we wouldn’t tell someone with a broken leg to simply get up and get on with their day. So how can we expect someone suffering with psychosis, depression or anxiety to just get on with things? There needs to be a level of patience and understating. The same level of care you’d give someone with a physical ailment, and on some levels a lot more patience and understanding is needed.

It’s important where possible to try and view the condition as being separate from the person (which can be hard). When she’s severely unwell with psychosis and things get really difficult, I have to often remind myself that this is still my wife, the person I’m in love with and the person who loves me back equally. Even though that person isn’t really there in the moment.

When my wife comes through a period of being unwell, she often doesn’t remember a lot of it. Which for her is probably a good thing, but I’m left still trying to cope and come to terms with all that’s happened. The trauma for me is still quite real even after it’s passed for her. Needing to juggle those emotions is often challenging.

What I’ve found works (and what we continue to work on) is open and honest communication. Being able to share how we’re both feeling has helped us work through things individually and as a couple.

It isn’t easy, but if you want a relationship to work, you’ve got to be willing to put in the effort:

As we continue to work through things, we remain committed to our relationship and feel positive about the future.

*Names have been changed to protect their identity.

Is it okay to cut off from my family?

Quick ideas to help you feel closer to your partner

Is your child refusing to go to school? Here’s what you can do about it.

How to separate during the coronavirus (and manage the impacts on your children).

The benefits of marriage counselling by Telehealth

How to survive your relationship during COVID-19

How to manage your anxiety with the coronavirus – COVID-19 situation

How Teleconference Counselling can help in the Coronavirus situation

Hit enter to search or ESC to close