Is conflict with my ex hurting our kids? 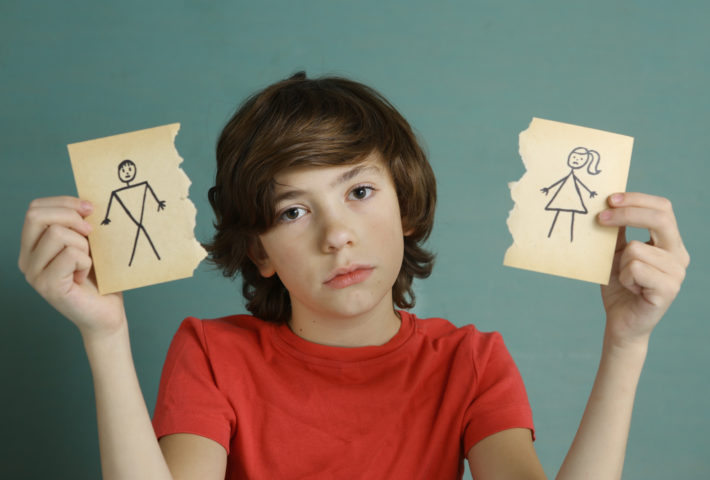 As a Family Therapist one of the most common presentations I see is separated parents who are continually in conflict or hostile toward each other – and worried about how their fighting is affecting their children.

Some separated parents fight because they have differing parenting styles. Sometimes the involvement of step-parents is problematic. And sometimes there is a parent who does not feel they have enough access to their child or children.

But they all have difficulty stopping the hostility, resentment and fighting.

Any kind of parental conflict (whether it be between parents who are still together or separated) causes stress on a child. We know from research that a child’s cortisol levels are generally higher when parents are in conflict. High cortisol levels impact a child’s cognitive ability, making it difficult for them to concentrate at school.  We also know that when parents are in high conflict, their children often end up with emotional and social problems. In high conflict families I often see children with high anxiety or low mood – mental health problems.

Many of these children or teenagers tell me they feel caught between their parents. They say they don’t feel able to say what they really think or feel at home, because they’re worried they’ll hurt one of their parents or let them down. Older kids often carry the burden of thinking they have to choose one parent over another. Or, they carry the greater burden of being the emotional supporter of a parent who has disclosed information about the other parent. Sadly, what often happens is children don’t really feel like they want to be with either parent. The pressure is too much.

Research tells us that children of divorced or separated parents are twice as likely to experience social, academic and behavioural problems. However, ongoing high conflict between parents who are separated causes the greatest stress on child/children.  For this reason, setting up good non-reactive communication patterns between the separated parents is crucial.

Here are some examples of inappropriate behaviour I see from separated parents:

Ten things you can do to reduce potential damage to your children if you are fighting:

High conflict between separated parents peaks in the first three years after separation. This is a crucial time to get help from a Family Counsellor.  A Family Therapist will work with you both to set up positive communication patterns, to set up new routines, navigate through transition from one home to the next, and to manage emotions when you’re around each other.

If you have been through the Family Court for custody or there are step-parents now involved, I’d say Family Counselling is vital.  It is not uncommon for me to do family sessions where there are step-parents as well as the parents in the room.  I would much rather see parents invest in Family Counselling as soon as separation occurs than be in real strife years down the track when relationships are more difficult to repair and teenagers are struggling with significant problems.

And lastly remember you are the adults – your child or teenager might seem adult like at times but they are not.  They do not have the capability to manage adult emotions and stress.  Don’t take your stuff out on them.  Sometimes you just need to make the decision to stop the hostility because that’s the most loving thing you can do for your children.

If you and your ex require help to manage your conflict or parenting styles, please contact our receptionist today on 02 8968 9397 or contact us and we will support you to make the relationship changes you need to minimise the conflict and build a stronger co-parenting relationship..

Is it okay to cut off from my family?

Quick ideas to help you feel closer to your partner

Is your child refusing to go to school? Here’s what you can do about it.

How to separate during the coronavirus (and manage the impacts on your children).

The benefits of marriage counselling by Telehealth

How to survive your relationship during COVID-19

How to manage your anxiety with the coronavirus – COVID-19 situation

How Teleconference Counselling can help in the Coronavirus situation

Hit enter to search or ESC to close